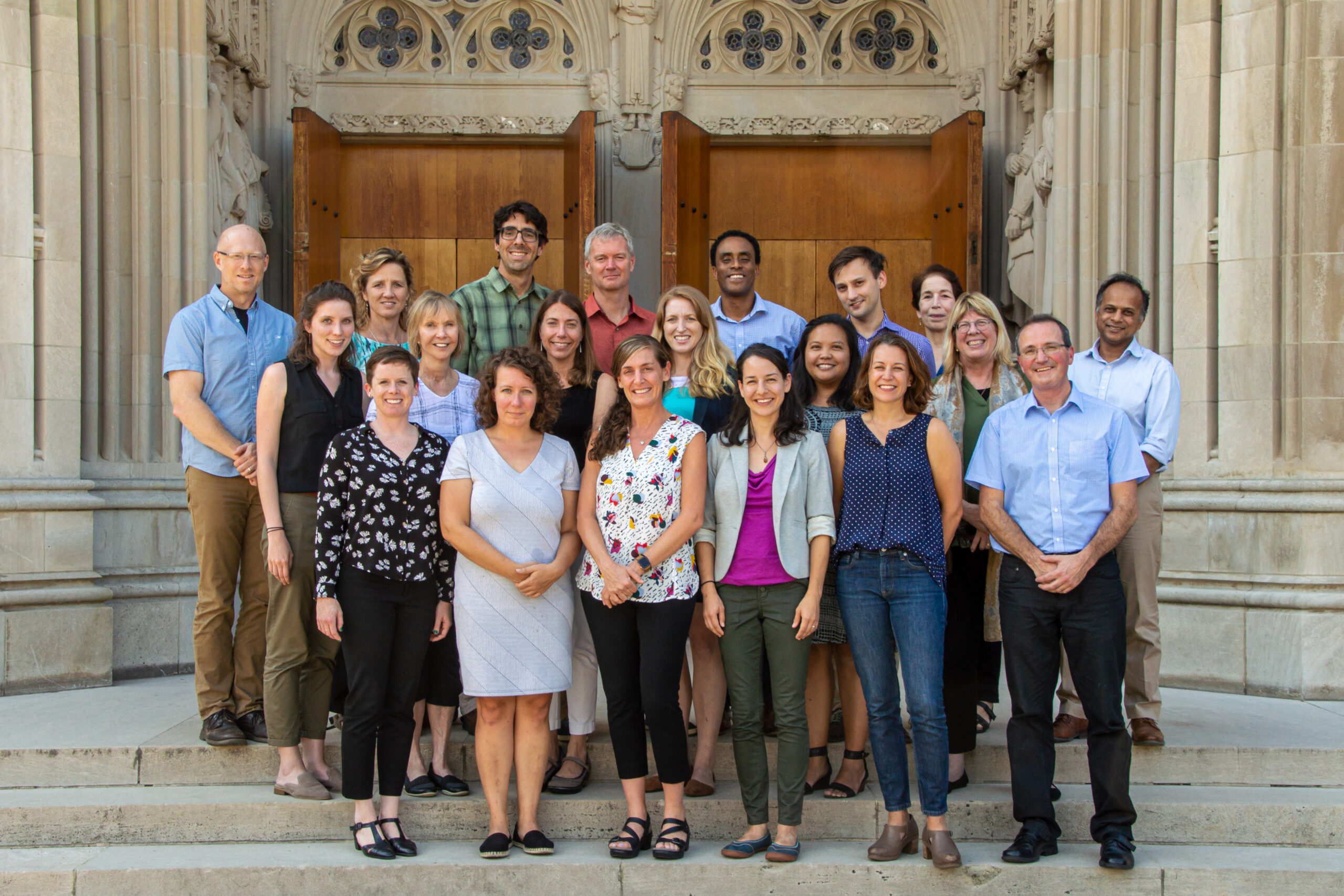 How do we build relationships with external partners to address sustainability issues?

On September 19, 2019, we convened at Duke University for the second Beyond the Academy workshop. The workshop was hosted by the Nicholas Institute for Environmental Policy Solutions, and the focus was on co-producing sustainability science. The 28 attendees represented 11 universities, one NGO, one agency, one charitable trust, and one private-sector group.

The first order of business was to define “co-production,” a term which, until the workshop, many of the attendees had not known or identified with. We learned that co-production involves “processes that iteratively bring together diverse groups and their ways of knowing and acting to create new knowledge and practices to transform societal outcomes” (Wyborn et al. 2019). That is a mouthful, but through concrete examples shared by attendees, it quickly became clear that co-produced work is all around us yet may be known by other names: community engagement, action research, boundary-spanning work, translational science, and participatory research, for example.

We learned about Kūlana Noi‘i, and problem-solving tools like the Drought Resilience Impact Platform (DRIP) and the Endangered Species Recovery Explorer to get some inspirational examples of co-production in action. Some workshop participants articulated a need to clearly distinguish co-production from broad terms like transdisciplinarity that can refer to collaborations solely among academic researchers. Co-production necessarily includes engagement and relationship building with partners outside of academic spheres.

A large focus of the workshop was identifying institutional barriers to doing co-produced science. Participants noted many challenges that come with co-production, including communicating among partners in different sectors, working under very different timelines, prioritizing research topics, staff turnover, political hurdles, and frustrations with administrative policies (like reimbursing community members for their time or travel costs).

Overarching all topics was the theme that co-produced research suffers from a lack of standing in academic circles, highlighting the importance of championing engaged work from the top-down (academic leadership) as well as from the bottom-up (support from individual researchers and departments). Because co-production is not typically incentivized by academia (for example, in tenure and promotion decisions), academics are taking professional risks when choosing to co-produce their research.

To address these challenges, we formed groups to develop action items around four main themes: Institutional reform, measuring institutional impact, research and evaluation (new data needed), and strategic planning for the Beyond the Academy network. Several groups even got a start on products during the breakout sessions, and these are the items that we will focus on first going forward: